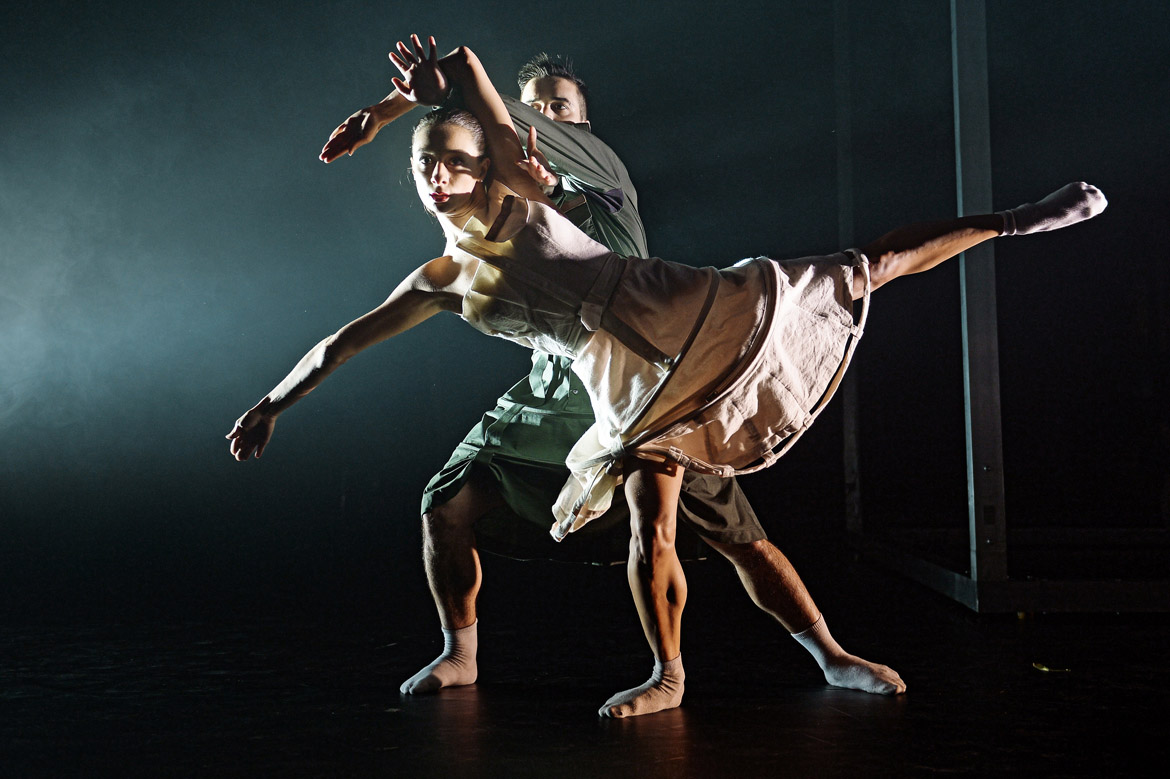 It takes some getting used to. I'll be experiencing a theatre production. Without buying a ticket, without a date to write down in my diary, without dressing up for the occasion, without so much as having to walk to the theatre to become part of the expectant mass of spectators who read their programme booklet carefully. And even more so, I am unable to experience that delightful moment: the lights dim, the mutterings slowly cease, the curtain opens and the magic starts.

The theatres are closed. For the time being, Thursdays have become ‘days of wonder’ in the Netherlands – Donderdag Verwonderdag. Renowned theatre companies put renditions of shows online, which are visible for at least 24 hours. It is one of the many admirable initiatives to help bring culture into our living rooms during these strange times. It has advantages as well: no more queuing in front of the cloakroom, no more getting out of the way of visitors who want to squeeze through, no more getting annoyed at the glows of mobile phones, and a delightful amount of legroom.

A glass of rosé, a packet of cigarettes and a cheese board: it's easy to please a man. I'm streaming the show from my computer monitor. I have no idea how to wire it up to the television screen. Not too much of a loss, my television screen would bring tears to a burglar's eyes.

TETRIS Mon Amour is a dance performance that was first staged in the 2017-2018 season. A metaphor for real life. They who push themselves can improve their life score. But how far can a man go, while remaining within the boundaries of the established structure? The only way to survive is to retain self-control at maximum speed.

I have to admit that I had never heard of the video game Tetris before. And now I understand that, until yesterday 20.00hrs, I was the only one.

Apparently, the computer game Tetris is endlessly fascinating and addictive. Tetris quickly took over the world when it was invented in 1984. Its name is derived from tetromino. The game has blocks. Every block is made up out of four squares, which form a tetromino. The blocks have different shapes, such as 'L'.

The blocks fall down from the top of the screen and by rotating them and moving them horizontally… ah, I really don't need to explain. It would be like Wesley Sneijder taking it upon himself to explain the best way to grow Caryophyllaceae (Dianthus flowers, also known as pinks) to a room of flower growers. That's one for the footballers amongst you.

Back to the production! Choreographer Roni Haver used to be addicted to Tetris herself. And she made a high-energy show in which the talented dancers of Club Guy & Roni, in collaboration with the excellent musicians of Slagwerk Den Haag, lose themselves in the game; in a race against the clock and a never-ending stream of things that move towards them

The stage design (Ascon de Nijs) is futuristic: a half-open cube made out of steel that moves across the stage, while dancers move in and around it.

Massive frames in a chequered pattern with bright lights, laser beams and smoke. And acrylic glass: alternately reflective and semi-transparent. Their clothing, in shades of off-white and khaki, is sturdy and comes across as Eastern European, reminiscent of military outfits, but with a playful vibe. Combined, it makes you feel like you are part of a Science Fiction movie.

The music created by Thijs de Vlieger, who you may know from the successful electronic group NOISIA (and as a composer of video game scores), is tense. The rhythm is often exhilarating, but there are also a few slower moments, where the whirring, monotone chords alternated with subtle variations, do not fail to grab your attention.

The three musicians often leave their percussion and electronics behind to move around on stage. They may even be tempted to participate in a little bit of choreography. A reviewer from the Volkskrant compared them to Duracell bunnies. I have to admit that I can see the resemblance, but I envy their skills. their energy It's impressive, comical, and adorable. If anything, it offers us the sole glimpse of humanity on stage…

Because 'human' is not the definition I would use for Roni Haver's choreography.

The performance speaks a Robotesque language. It is essentially one massive scene of about an hour, which is extremely demanding on its seven dancers. An often breathtakingly synchronised performance creates patterns, as the dancers follow the rhythm of the music that is, quite literally, just one massive dance-track.

The energy of the performers is impressive: within fifteen minutes, you can see the sweat on their brows. Despite the strict regime, the choreography offers enough opportunities for interpretation. It feels like a new industrial revolution, growing machineries, a job interview, medical experiments, work ethic, evacuation drills, public transport, battlefield, the universal push and pull of familiarity, a very uncomfortable first date. In which clothing suddenly seems comical and robotic movements become ludicrous.

Comforting or alarming: even in this strange world far removed from my bed, there is a beauty pageant.

And a queen is crowned. With a proper diadem, a sash and a trophy. A lovely image to finish with, I must admit. 'Thursdays, days of wonder' is a great initiative. I look forward to the next production. And at the same time, I also look forward to the moment where I am able to purchase myself a ticket, am forced to stand up to let you squeeze through in search of your seat, and do not have to worry about drops of sweat that are torpedoed across the stage.

Finally: you should buy yourself a single Caryophyllaceae. A Dianthus, I mean, also known as a pink. Preferably a white carnation: a symbol of resistance. A rebellion against the virus. And the official symbol of the Prins Bernhard Cultuurfonds. Or, if you're clever and are staying at home, you can make yourself one. Out of three sheets of toilet paper. And, if the news is to be believed, you should have plenty of that. 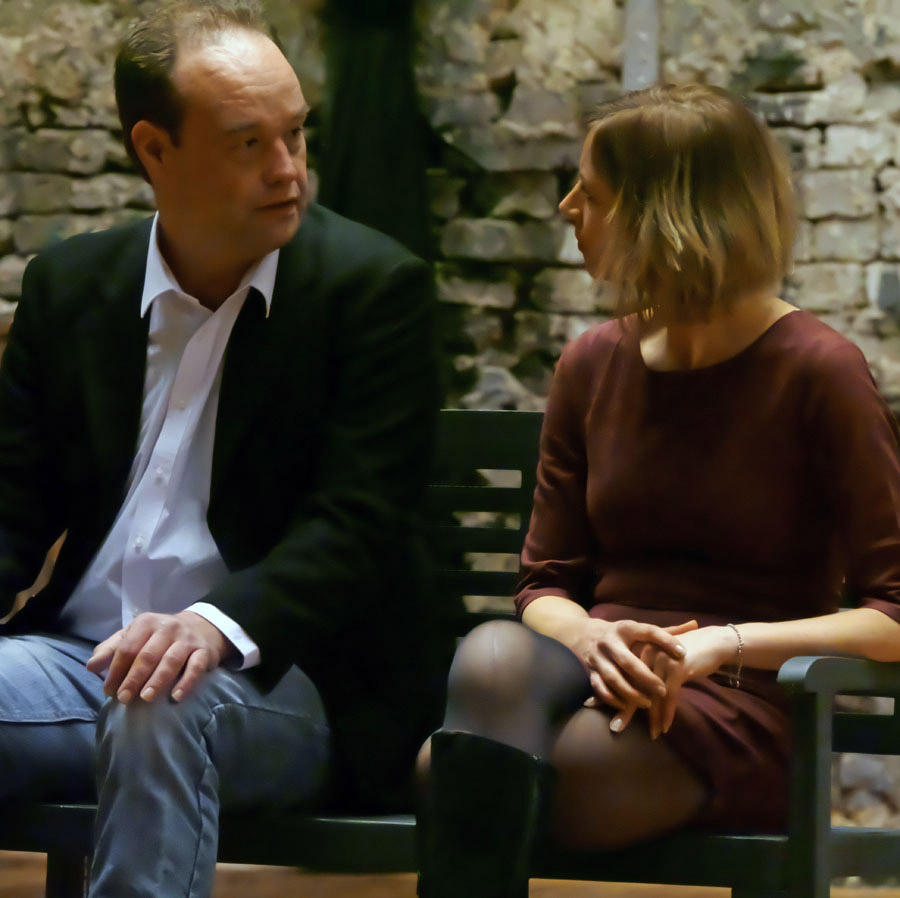 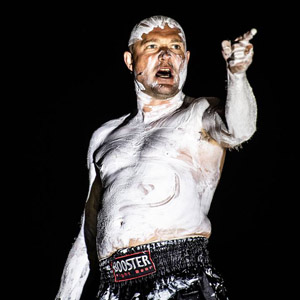 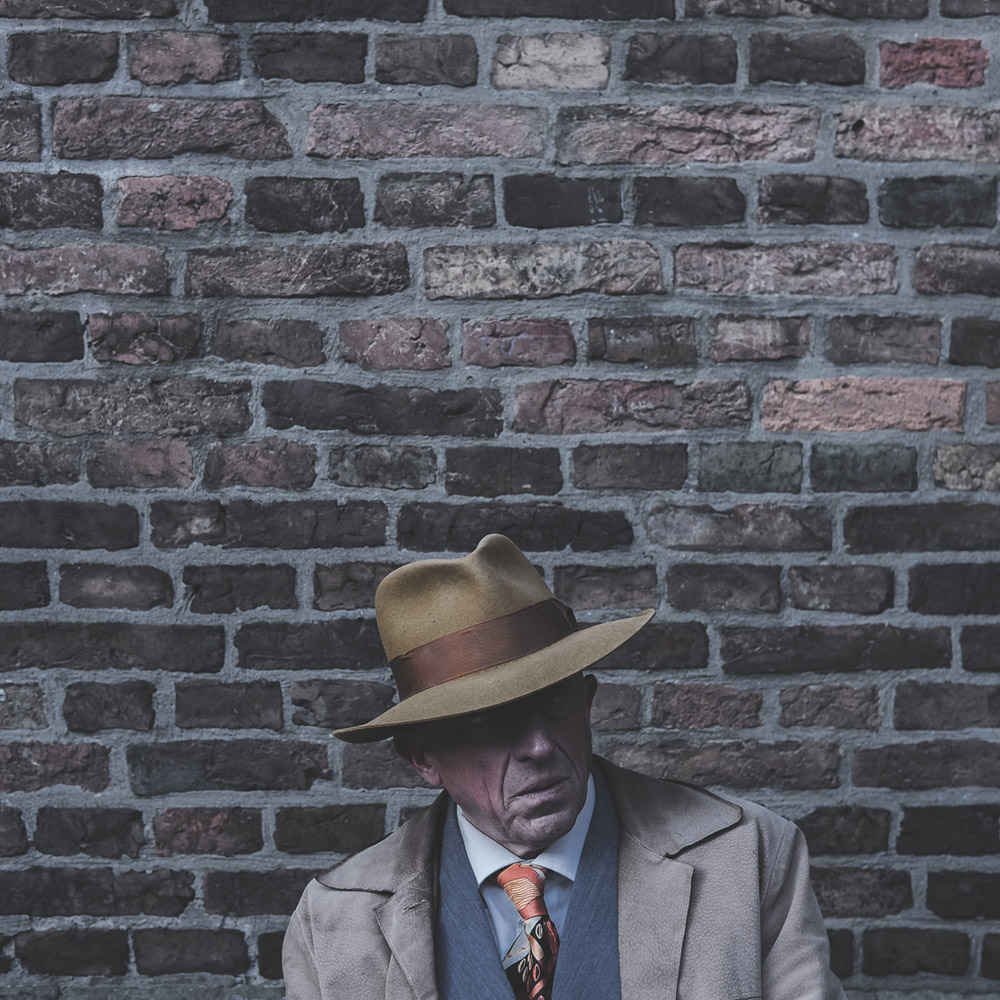